Be aware of Instaflex free sample

I immediately call the telephone number, 800-436-**** and told the rep I had not ordered this product, and that sample did me no good. He said I had made the order, because I was given a period of 16 days to cancel any order on my account in the future from the time I ordered the free sample. He told me he could not refund the money because the bottle of pills had already been sent, which I have never received. He told me he could make me a special deal and credit me $40 and I would only be charged $34.98.

I agreed to this, but it was the second scam, because instead of giving me a credit from the original $74.98, I was charge a second time with a credit of $40 and charged again for $34.98 for a total of $109.96. I hope some government agency will take these complaints seriously, and shut this outfit down before they are allowed to keep this scam operating.

Review #552945 is a subjective opinion of Mahmood. 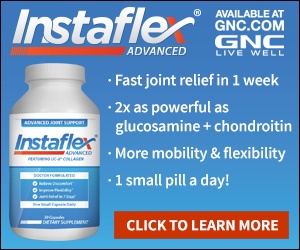 Do You Have Something To Say ?
Write a review

Great Comment! Would You Like to Convert It Into Review?
You will be able to edit the text before publishing.
Convert into review Leave as comment
Terms of Service
I agree to TOS Cancel
PissedConsumer1994242 Mar 18, 2021 #1994242

Well that just stop me from ordering instaflex to see if it help my pain. The people want to rip u off I get very 'Ugly" when u try to take my money I work everyday to live, so thanks for the heads up

The same thing just happened to me

I had the same thing happen. I ordered the “free sample” and was charged $74.98!

What a ripoff! Am going to call them.

Heard about free sample of cream on TV with free shipping!!!!! Was taken to sight where it stated I had to purchase tubes with a free trial return!

You do realize this is just a review page and that you are commenting on a customer's review...not contacting a representative, right?

Another scam. Tried to call to cancel any further shipments and was put on hold for a LONG time!!!

Its not fine print and they tell you this will happen, I tried and and to be honest it worked great, sorry you missed where it said to call I am a believer in this product

I read the terms and conditions before I ordered the free sample where they say if you don't call and cancel within 18 days after you order the sample, they will automatically send you more for $69.99 plus $4.99 S&H. It's right there in print.

The same thing happened to me! But if you read the fine prints (actually, it wasn't even in the fine prints, you need to click on their "Terms and Conditions" link, which was side by side together with links to their Privacy Policy, Copyright Information, etc.), they automatically enroll you in their 30-day auto-ship program when you sign up for the free trial.

(Free in "quotes" because you still need to pay for S&H). That catch, hidden in the fine prints, got me to thinking... If you have a great product, you don't need these under-handed hooks. The consumer will jump through hoops and fences to buy your products after the free trial.

I've gotten good results thus far with Triple Flex from Nature Made and have always continued to buy it. Occasionally, I still try new products. But their 30-day auto-ship condition is just not right. It may be legal, but certainly not ethical nor fair in my book.

Even if their product is good, such under-handed practices would then tarnish and mar an otherwise great item. Too bad since this would only deter new customers from trying it out.

I agree. I have no use for companies who use the auto-ship scheme to try their product. If its a good product they won't have to worry about repeat sales.

Your autocorrect named confronting instead of Condroitin ...you are orrect otherwise ...both " natural " substitutes are worthless, so 2 x worthless = worthless.

I heard both confronting & glucosamine were not of any relief so two times the relief of " 0 " still equals " 0 " or still no pain relief. Come on people , there is no instant cure